Nor Sor 3 Kor Transfer of Title Dewd in Thailand is a legal document which grants the owner of land the rights to sell, lease, or mortgage it. It contains a detailed description of the land and its history of relevant transactions. The Nor Sor 3 document is one of the most common forms of land ownership in Thailand. Although it is a legal document, it is not the same as a real title deed.

Nor Sor 3 is an updated form of Nor Sor Saam (3 Gor). It is issued by the District Land Office and sets the boundaries of a plot of land. Aerial surveys are conducted to determine the exact boundary lines of a Nor Sor 3 parcel. No legal act related to the land is required to be published. A Nor Sor 3 can be subdivided into several smaller plots.

A chanote is the type of title deed that gives the landowner full ownership of a plot of land. This type of deed can be used for many different purposes, including leasing, selling, and transferring land. This type of deed is also great for protecting property from interlopers. Generally, landowners must use their land for the purposes for which it was originally purchased. If they don’t, the Land Department can repossess the land for up to five years. With a chanote, the Land Department is more likely to encourage development, which will increase the land’s value.

The chanote type of title is preferred for property transfers in Thailand. This type of title provides full ownership of land and allows the land owner to sub-divide, transfer, and assign. This type of title is most commonly used in condominiums and provides the highest level of accuracy in measurements. Before applying for a chanote title, you must first obtain a Nor Sor 3 Gor, which is a legal document that determines the exact boundaries of a plot of land.

In Thailand, a Sor Kor Nung is a legal document that notifies the owner that they possess land, but does not officially confirm that they own it. Upon receipt of the document, the land holder can start using and occupying the land. This document can be transferred to another person or transferred via inheritance. Eventually, the land holder can upgrade his or her Sor Kor Nung to a Nor Sor 3 Gor or Nor Sor 4 (Chanote) document.

A PBT5 or Tor Bor Ha Transfer of Title Deed is a legal document that proves that you have been occupying a piece of land. You may have paid taxes on it, but you are not the owner of the land, so you cannot build or use it for farming or recreational purposes. A PBT5 can be upgraded to a Sor Khor 1 title.

Upon transferring ownership of a piece of land in Thailand, you must get the correct documentation. In addition to the title deed, there is also a Sor Kor Nung, which notifies you that you are the owner of a plot of land. In some cases, this title deed is not valid in Thailand, but you can still claim it by filling out the Kor Sor 1 form. 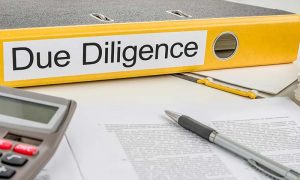 Doing Due Diligence in Thailand 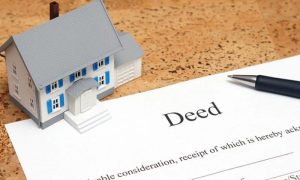